Even after waking this morning drowning in snot (I’m succumbing to a nasty chest cold), I’ve managed to reach a milestone word count for Dancing the Maypole. It now has 100,589 words. I can’t see the story needing more than 120,000 (I suspect the number will be a lot lower). I’ve never had a book this long so it feels surreal. As usual, I think it needs about four more chapters. I’m now going to go to bed and hope I wake up feeling better in the morning, but I suspect I’ll be hacking and coughing…of course…because one of my sisters is coming next week from America to visit. Isn’t that what always happens when you plan to spend a few weeks having fun? Your immune system laughs (one of those deep evil Jabba the Hut laughs) and down you fall with a nasty bug just when you need to clean the bathroom. Oh well, I’m feeling really happy with the story. I think I may even get some lovely writing done tomorrow in between hacking coughs. 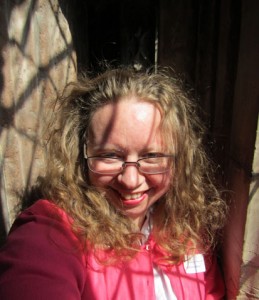 Dancing the Maypole now has 99,527 words. I’ve finally finished chapter 37 (hopefully for the last time). I’m now working on chapter 38. I ended up doing the usual ‘beat my head against the wall’ exercise until I finally gave in and deleted a chunk and wrote some more. I think I’ve figured out how to unblock Once Upon a Wager as well, but now I have to decide how much to delete. I’ve deleted quite a bit, but I have an awful feeling I need to delete more. Excuse me while I just bang my head on that brick wall!

The last few months have been really weird. I’ve been having problems remembering what day or month it is. I can’t believe it’s nearly the end of June. I think I was traumatized by moving house. The rest of the Universe has moved on, but I’m somehow stuck in April. The last few months I’ve had a number of adventures that I meant to share. I took pictures…lots of pictures. I now I have too many to share, but I wanted to share some of my favorite. END_OF_DOCUMENT_TOKEN_TO_BE_REPLACED

I shared this back in January, but wanted to put it at the top for those who might not have seen it. Dancing the Maypole is coming…slowly, but surely! Yes I’ve been saying that for two plus years, but it is nearing the end. I’ve started chapter 38 and I think there are about four more chapters to go. Yes I always say that, four more chapters…four…four…forever four… No, I know how the ribbons finish weaving around the Maypole. It’s coming! It has to or I’ll go mad. Here are the first four chapters.
Happy Reading!

Morning sunlight dazzled off four gold Baroque mirrors onto the round French table blackened with age, the blue and gold Sèvres service glinting with pride. After an hour the four people eating their breakfast were in no hurry to finish. The grey haired Englishwoman poured her son a third cup of coffee as her husband muttered in French behind his English paper. Glancing at her youngest daughter she sighed with maternal disappointment. At thirty-six, Isabel Désirée de Bourbon had little hope of finding love. Her large dowry and pretty features had drawn a number of earnest admirers, but she’d dismissed them all as too short. END_OF_DOCUMENT_TOKEN_TO_BE_REPLACED

Today I escaped the village for a few hours and went to see a French matinee in Stamford. Call it research; there are French people in Dancing the Maypole. (Not that I need an excuse to watch a French movie). It turned out whoever wrote it couldn’t decide whether to make a farcial comedy or a sob story so they made it both which didn’t really work. I won’t be ordering a DVD of it for my French movie collection, but at least I could understand what they were saying a goodly part of the time and that made me feel smug. As I watched the credits I thought, “My brain hasn’t gone to rot yet. Those four years of French in High school (many moons ago) weren’t a complete waste!”

So there I was feeling clever as I pulled my brand new phone out of my bag. It’s so new I haven’t had to call anyone on it yet. END_OF_DOCUMENT_TOKEN_TO_BE_REPLACED