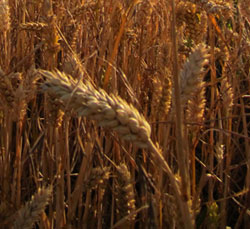 I woke up early after a muggy night and rolled out of bed to put the trash out. Once outside it was so much cooler and pleasant than inside the house I stayed outside to weed the garden and pick up all the trash that had blown into the yard over the last month. I even washed the front door. I don’t know if the large spider survived, but the door looked better without so many cobwebs. I can’t figure out why the spiders keep making webs on my front door. I use it nearly every day. (The web weavers spin their energy on webs sure to be torn before their finished while the flies escape into the house to torment me. I spent £2.49 on fly traps…I’ve caught one fly.) I knew today would be stressful because I was expecting a package. I end up caught in a mental loop of “Will they find us? Will they leave my package on the doorstep of the other house in town with the same name? Will it come broken? Will it be the thing we ordered…” Yes I’m paranoid and I couldn’t go back to sleep. After coming back inside I opened all the windows upstairs and spent the rest of the day intending to go back to bed, but I didn’t.

The package finally arrived around 4:30. A half hour later the Goblin decides he needs something for the computer and wants a chocolate milkshake so half asleep I get in the car and we drive off to Peterborough. By this time I’m so tired my legs feel full of sand. We had an unhealthy fast food dinner and as we weren’t far from Fotheringay (where Mary Queen of Scots lost her head) I asked the Goblin if he’d drive me over so we could see the landscape in the setting sun…I assured him it would be romantic. He’s such a lovely goblin! He muttered that I could climb what I wanted, but he’d be staying in the car. We got to Fotheringay and there was a giant fat cloud hanging overhead so the landscape looked flat and dull. I told him the fat ugly cloud had ruined my plans and to drive on, but if he saw any wheat fields with the setting sun on them I’d be very happy if he pulled over and let me take some photos. We weren’t far from Apethorpe when he said…we’ve never gone this way…let’s take this road. And within three hundred yards I was fumbling with my camera as I asked him if he could pull over. It was…magical! I took a few shots of the nearest field and then headed up the small hill towards another field with blackbirds and then saw two large birds of prey…hunting the black birds? I stood there spell bound and then tried to snatch some shots. The sun sank low enough to light up the landscape underneath the fat dark cloud. I was standing in a wheat/corn field and it was so beautiful it was unreal. The golden wheat, the smell of the harvester in the next field filling the air with the smell of summer…birds of prey…black birds…temperamental clouds… It was absolutely gorgeous. I had to share my favorite shots.

I got to experience this because the Goblin took a new road…and waited patiently while I forgot I was tired and ran around taking photos like a headless chicken. He’s such a hero!!! Thanks Goblin!

PS The Goblin looked up the large birds of prey…he thinks they were Red Kites. Apparently there are only 93 breeding pairs in the Midlands so we were very blessed to just be there and see them and have a camera. Apparently Red Kites mate for life and the female is bigger than the male. I learn something new and bizarre every day.