The last few months I’ve been gorging on other people’s stories. Perhaps a part of me has been story-starved. Normally when I’m writing I crave non-fiction, but at the moment I crave fiction (like a fiction-addiction!). Perhaps I needed the escape so as to not think about not being able to write because my brain is still not right (I’m off to the hospital in a few weeks for an ultrasound on my thyroid) – in the mean time I have had new stories sprouting in my head and older unfinished ones demanding attention, but it’s like the characters are talking to me while I’m under water. I’m sure they’re frustrated! I know I am. In the mean time I’ve discovered new authors and tried out new genres. I’ve taken to haunting my local library once a week – willing to crack open any cover that grabs my eye. I’ve spent a lot of money buying books, but there are some great free books out there. I had to share my three favorite.

I downloaded mine from iBooks, but you can also find them free on Amazon (and I’m presuming other sites). My links will take you to the UK Amazon site so you may want to go straight to your own if it’s different. 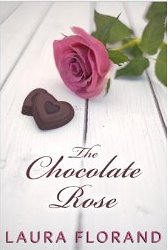 Laura Florand’s The Chocolate Rose is a modern romance set in France. I gave this one five stars. The heroine is half American the hero is a French pastry chef. If you enjoy my stories you’ll probably enjoy this one. It’s so sweet! The characters are real, it’s funny, it’s poignant, it’s focused on the couple without being cluttered by pointless subplots and you get both the heroine and the hero’s point of view (which if you’ve read my stories – you know I love!). The hero once worked for the heroine’s father (and then there was an all mighty fall out when the older chef claimed to have invented this rose dessert when it was really invented by the pastry chef – who not unreasonably felt sidelined after all his hard work). The pastry chef was fired or quit in a rage and the story starts about ten or so years later. The Pastry chef now has his own three star restaurant (which is a big deal) and the older chef has had a stroke and is no longer working. The heroine has written a cookbook for her father and not knowing the history of the rose dessert she insisted it went on the cover. She is soon informed by the pastry chef’s lawyers that he intends to sue her for claiming her father invented the rose – so in desperation (she can’t actually afford to be sued) she takes the train down to the South of France to try to reason with the man…and then he mistakes her for kitchen help…and sparks fly… There are some brief sex scenes, but nothing gratuitous. I’ve since bought three more books in the author’s French pastry/chocolate chef series and sadly none of them were as good as this one (they all started really well), but if you do enjoy The Chocolate Rose I do recommend The Chocolate Touch which I gave four stars (like me, you may find you need to buy some quality chocolate to eat while you’re reading it). You may also gain a few pounds after finding yourself possessed with a desire to bake yourself desserts (I have suffered this phenomenon without complaint). 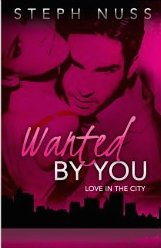 Steph Nuss,’s Wanted by You is another sweet modern romance that focuses on the hero and heroine’s relationship. They were best friends all through college and then he had to return home to help his family and they lose touch, but he’s been secretly in love with her almost from the first day they’ve met. He hasn’t forgotten! The first chance he gets (after five years has passed) he gets a job at their old Alma Mater and returns to their old stomping ground hoping she’ll be somewhere nearby. These are two lovely characters whose love “grows up” as they face new challenges together. There are some sex scenes (though I don’t remember having to skip interminable pages like in some books). It’s a sweet shortish novel that in places made me laugh or got me in the heart. 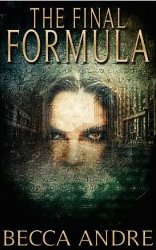 Becca Andre’s The Final Formula is not a romance novel though it does have a romance running through the heart of the story. How to describe it…I shall use the short synopsis off Amazon…

“To a master alchemist like Addie, impossible is just another word for challenge. When a fiery explosion destroys the Alchemica, the premier alchemy institute in the United States, she’s left with nothing. No home, no colleagues, and no memory. Learning what happened seems impossible, but she still has one strength, and in her opinion, it’s the only one she needs. She hasn’t forgotten a thing about alchemy. Addie brews a potion to restore her lost past, but remembers only the flames of the Alchemica’s destruction—and a man among the ashes. A man with the elemental power of fire, who just happens to be the leader of the magical community. He might know what happened, but getting him to tell her will require some…creativity. The magical aren’t fond of alchemists. Some say it borders on hatred, but Addie isn’t one to back down from a challenge, even if that challenge happens to be a man who can turn her to ash with a thought.”

A friend of mine recommended this and I’m glad she did. I loved it! I gave it five stars and if you enjoy this one – the second book in the series is as good if not better! I am now eagerly awaiting the third book because if I don’t find out what happens to my favorite character I may burst a blood vessel (or end up a zombie). These books are told in the first person strictly from the heroine’s point of view so you only know what she knows which works with the story as she is suffering amnesia, but the author did a brilliant job at showing the reader what other characters are feeling so you’re not completely in the dark. The story starts a little slow, but a few chapters in – once she meets the Fire Lord the story takes off like a rocket and it rarely slows down enough to catch breath until the final page.